The Police Department has one canine team that is trained dual purpose in patrol work and narcotics detection. Officer Nicholas Eastman is teamed with his canine partner, Marik. K-9 Marik is used primarily for his exceptional scenting ability that allows him to locate narcotics or hidden criminal suspects that would otherwise go unnoticed by the human officer.

Officer Eastman and K-9 Marik received their patrol and narcotics training at the St. Paul Canine Training Center. The team is certified annually by the United States Police Canine Association as a Patrol Dog Team and Narcotics Detector Team.

The K-9 Unit deployed on 104 calls for service in 2015. Drug detection was the primary duty. K-9 Marik is responsible for taking 323.57 grams of methamphetamine and 115.18 grams of marijuana/ THC off of the streets in Superior. The K-9 Unit was deployed on 60 drug searches, 14 tracks/ area searches, 8 building searches, 3 evidence searches, 6 alarms/ perimeter security, and 13 public demonstrations.  The K-9 Unit has been credited for 23 arrests where the dog has located narcotics, evidence, or flushed suspects from a hiding spot.

The K-9 Unit continues its close working relationship with neighboring agencies that are without a canine team. K-9 Marik was used 25 times during the year to assist other agencies.

The K-9 Unit would like to thank Amsoil for the Northland Canine Foundations continuous support, Dan’s Feed Bin for donating K-9 Marik’s dog food to the city, and Dr. Robert “Bob” McClellan at the Superior Animal Hospital for providing K-9 Marik with his veterinary services at no cost to the city. The K-9 Unit would also like to thank all the other businesses and residents that have financially helped make our program successful. 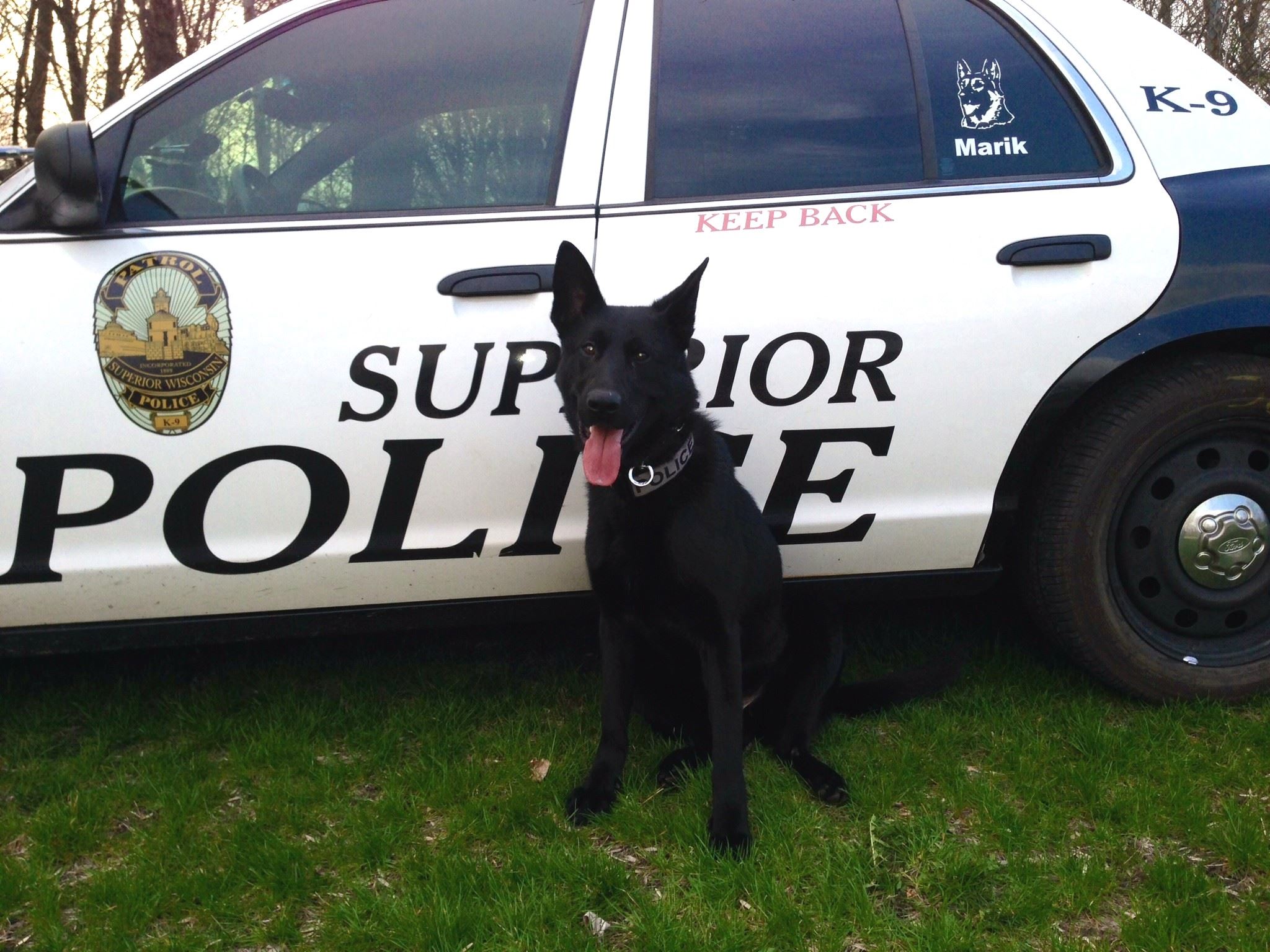