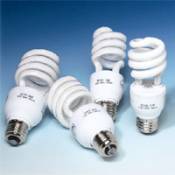 
The City of Superior and Douglas County do not allow fluorescent bulbs to be landfilled, as they contain mercury. To prevent mercury pollution, you may bring old bulbs to the following drop-off sites:
Campbell Lumber – 3107 Tower Avenue
Superior Wastewater Treatment Plant – 51 East 1 Street
Poplar Hardware – 9892 E US Hwy 2, Poplar

Recycling bulbs is free to all households and small businesses as Murphy Oil (Superior) sponsors the recycling program. Large businesses are required to pay recycling fees.

Superior was one of just a few places in the US that banned the sale of mercury fever thermometers. Since then, several places have banned their sale and a Federal ban on mercury thermometer sales has been drafted.

Since 2001, Ashland made it unlawful for any enterprise to sell or distribute any device containing 50 or more milligrams of mercury, excluding dental amalgams. In addition, all mercury-containing devices must be removed from properties before demolition.

The Wisconsin Department of Natural Resources (WDNR) is in the process of writing rules to reduce mercury emissions from electrical utilities. For more information visit WDNR’s Mercury Emissions Reduction Rule.

On May 11, 2006 the Mercury Emissions Reduction Act was signed into law. When fully implemented, the act will result in a 90% reduction of emissions from Minnesota’s three largest coal-fired power plants.

The Federal Government is looking at the following legislation to prevent and/or minimize the effects of mercury contamination.